I have been a fan of urban fantasy movies for many years now, even before I or anyone else necessarily knew what urban fantasy was. The term itself wasn’t really coined until the 1980’s, but that didn’t mean there wasn’t books and movies around that fitted the definition.

Before the urban fantasy term was thought of, most such books and movies were simply termed as “fantasy” or later as “dark fantasy”.

In the 1980’s when writers like Charles DeLit, Emma Bull, Neil Gaiman and Clive Barker began to release fantasy novels with a distinctly urban setting and flavor to them, the term “urban fantasy” began to take hold.

What I intend to do with this post is to retrospectively apply the term urban fantasy to movies that have been released in the last few decades. These are movies that most certainly tick all the boxes when it comes to the tropes of the genre.

You will also notice that many of the movies in the list are probably known better as horror movies, which is fine, because horror plays a big part in urban fantasy, to the point where the lines often become blurred.

If you aren’t exactly sure what urban fantasy is, check this TV Tropes page for a full explanation. When you do, you will see that these tropes exist to some degree in all the movies I’m about to list here.

I’ve tried to stay as true to the genre as possible with the movies I’ve chosen. You will probably also notice that some movies are conspicuous by their absence, even though they may be urban fantasy. This is because I don’t consider these movies particularly good examples of the genre in the truest sense, or because they are really bad movies. Hence, no mention of Harry Potter, Twilight or god forbid, Caravan Of Courage: An Ewok Adventure. Complain in the comments if you like 🙂

So without further ado, let’s list the best urban fantasy movies by decade, and if you think I’ve left any out, feel free to let me know!

Urban Fantasy Movies Of The 1950’s

There were a fair few fantasy movies released in this decade, including Alice In Wonderland, Beauty And The Devil and The Seventh Voyage Of Sinbad, but very few that could be classed as urban fantasy, so I’ve only chosen two for this decade, which are:

Inger Bergman’s Swedish historical fantasy film tells the story of a medieval knight who comes to play a game of chess with the personification of death. It is widely considered one of the best films ever made. I include it here mainly because of the death character, the movie’s dark tone and it’s themes of religion which can often be found in a lot of urban fantasy works.

Darby O’Gill And The Little People A classic from my childhood, starring a young Sean Connery. The movie is set in my home country of Ireland and features Leprechauns and Banshee’s in abundance. Pure UF, if light-hearted in tone.

Urban Fantasy Movies Of The 1960’s

Quite a few fantasy movies were released in this decade–including Sword In The Stone, Asterix The Gaul and Jack The Giant Killer, but not too many that could be labelled as urban fantasy. Here are my UF picks for the 60’s.

Jason And The Argonauts A classic movie from my childhood that could be construed as high fantasy but definitely hits many of the UF tropes. It also features effects from the great Ray Harryhausen that are still awesome to this day.

Featuring a lead character who is a beautiful immortal queen and high priestess, this movie is full of occult themes and has urban fantasy written all over it.

Vengeance Of The She

Sequel to the aforementioned She, this movie features magic, ancient Magi, city settings and lots of psychic powers on display. Plus, check out that cover, featuring a quintessential UF kickass babe! 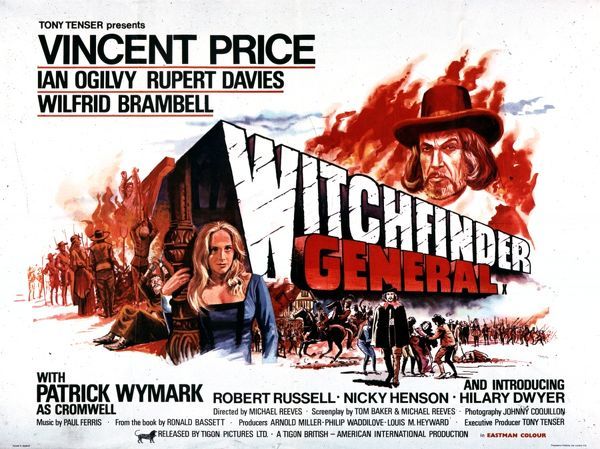 This 1968 classic stars the great Vincent Price as Matthew Hopkins (“Witchfinder!”), and while many will argue the movie is horror, I see it more as urban fantasy, albeit a rather nasty version of it 🙂

The Devil Rides Out 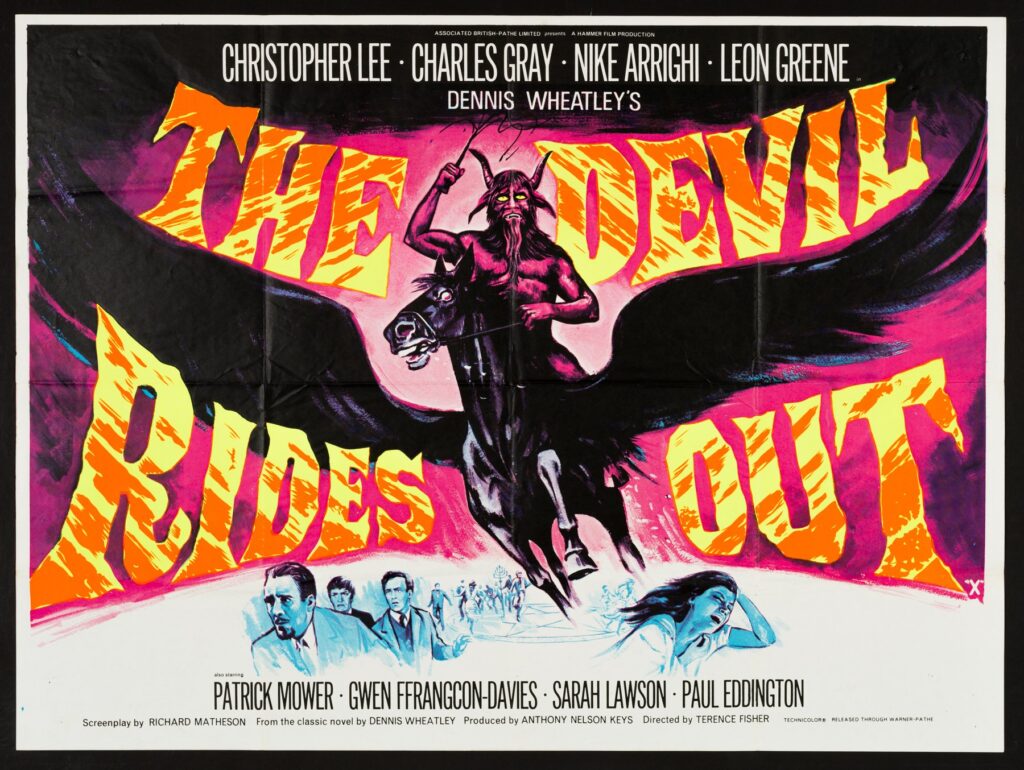 Satanism and black magic feature in this classic based on the infamous book by Dennis Wheatley, also starring the great Christopher Lee.

Urban Fantasy Movies of the 1970’s

The decade that gave us Willy Wonka and the Chocolate Factory, Charlotte’s Web, Jabberwocky and many other great fantasy films, including these urban fantasy efforts…

An absolute classic and known more as a horror movie, though it does have urban fantasy tropes. As I said earlier, the lines between the two genres blur. 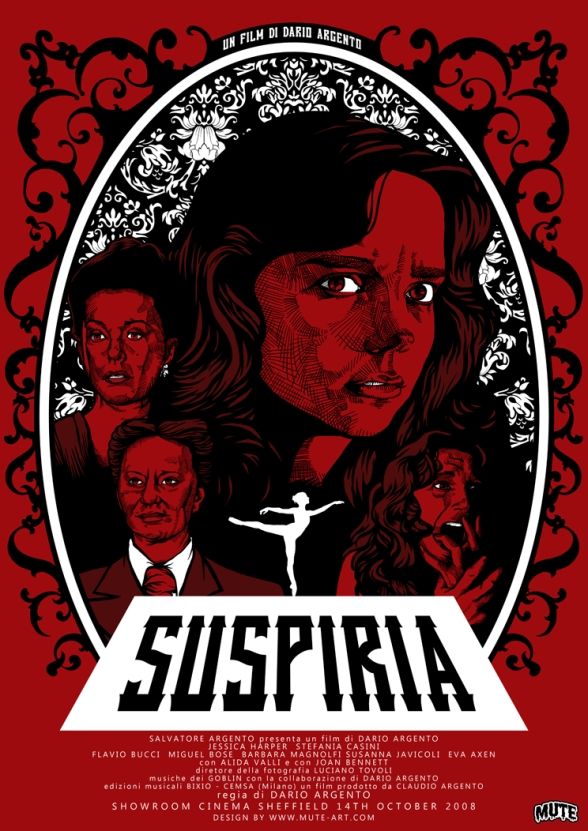 Another occult themed classic from the 70’s, featuring an evil witch and girls in peril, not to mention stunning direction and cinematography from Dario Argento, and a rocking soundtrack from Goblin. 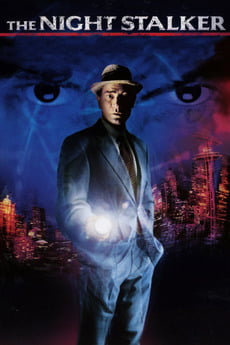 Different take on the vampire genre, featuring an occult detective who went on to star in the TV series of the same name.

Urban Fantasy Movies Of The 1980’s

Now we get to the decade where urban fantasy movies started to come into their own and the tropes became more apparent. Here are the best UF movies of that classic decade. 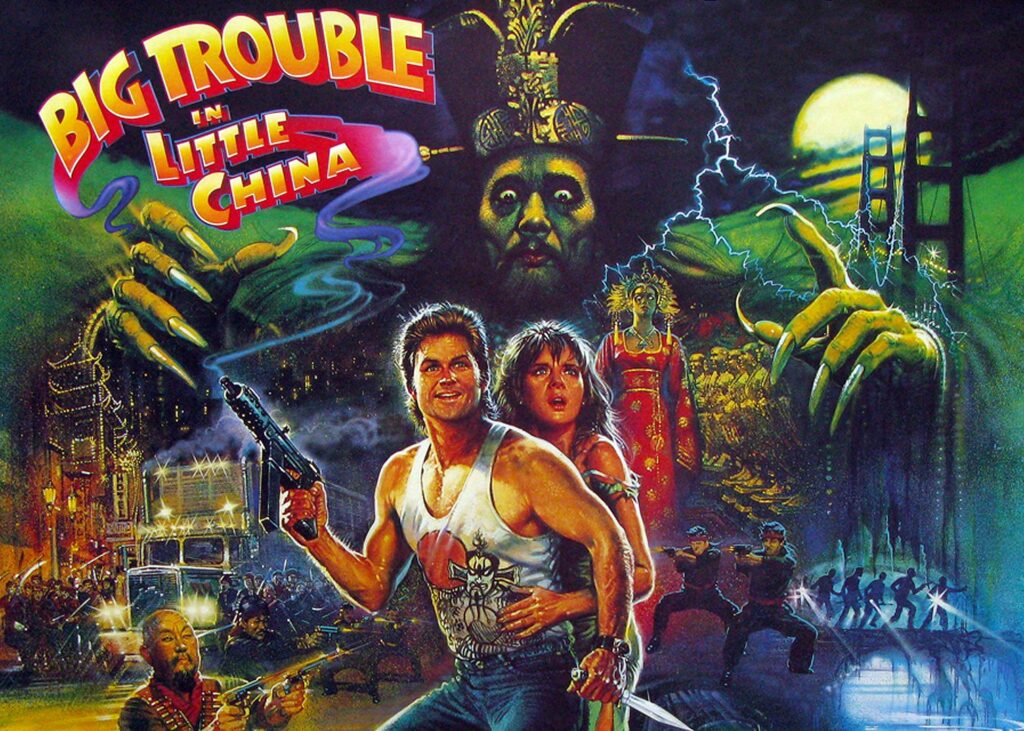 An all-time classic from the great John Carpenter, featuring one of many collaborations with Kurt Russell.

An American Werewolf In London

One of my all-time favorite movies. Funny and scary at the same time, featuring amazing effects from Rick Baker.

One of the most overtly urban fantasy movies of this decade, and a serious classic of the genre. Slightly weird remake of an earlier movie from the forties, but definitely worth the watch. 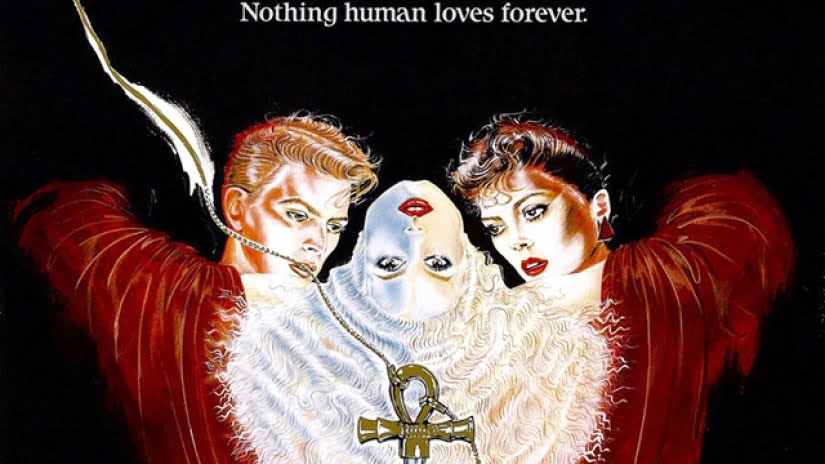 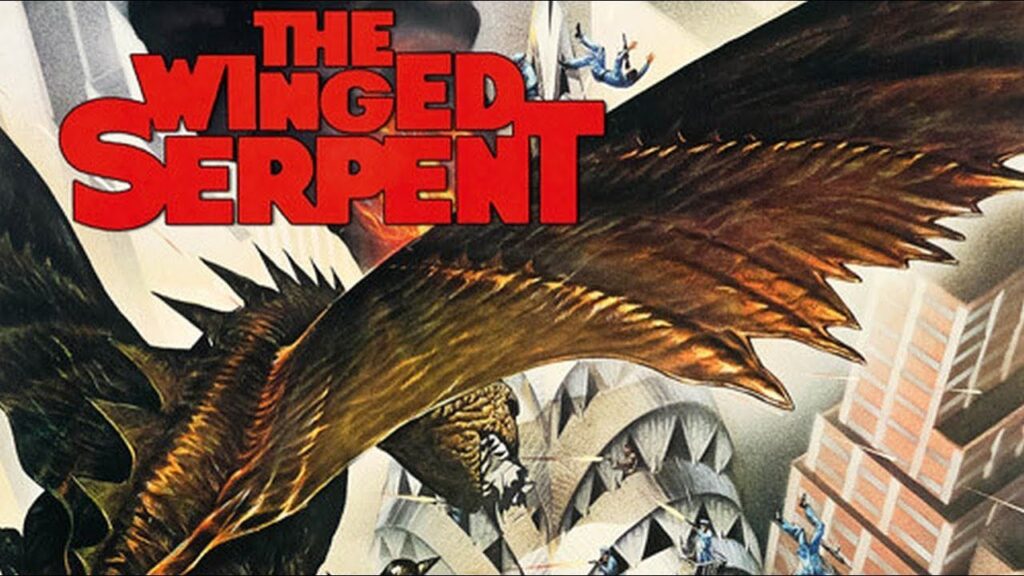 An off-beat fantasy film by Larry Cohen with a great city setting. 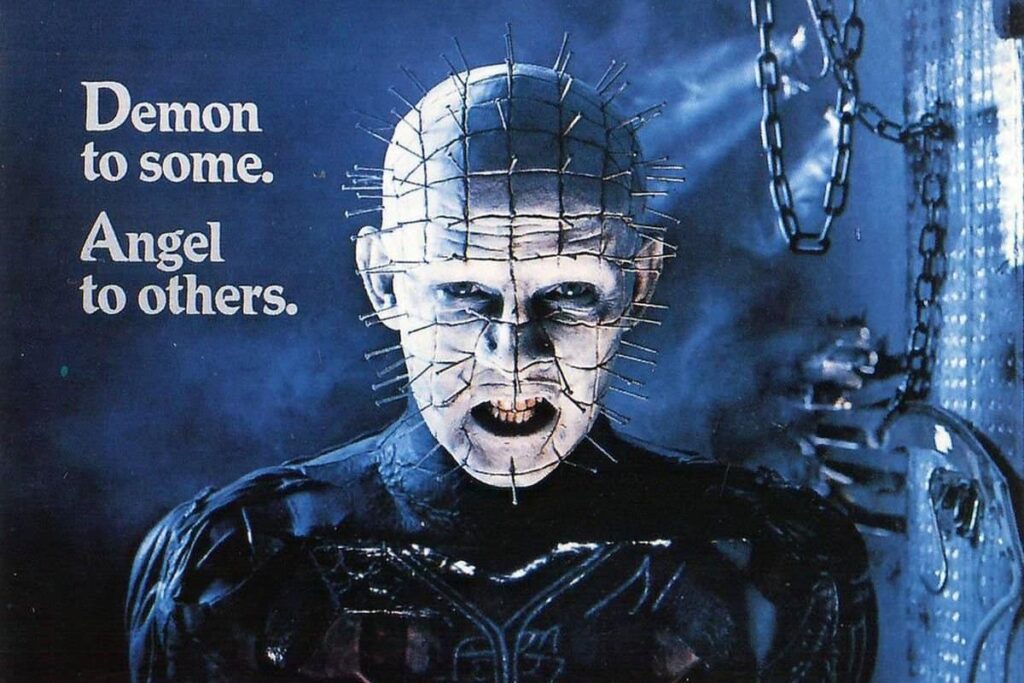 Straddles the line between horror and fantasy, as does all of Clive Barker’s work. A seminal movie that spawned a franchise that is still going to this day. 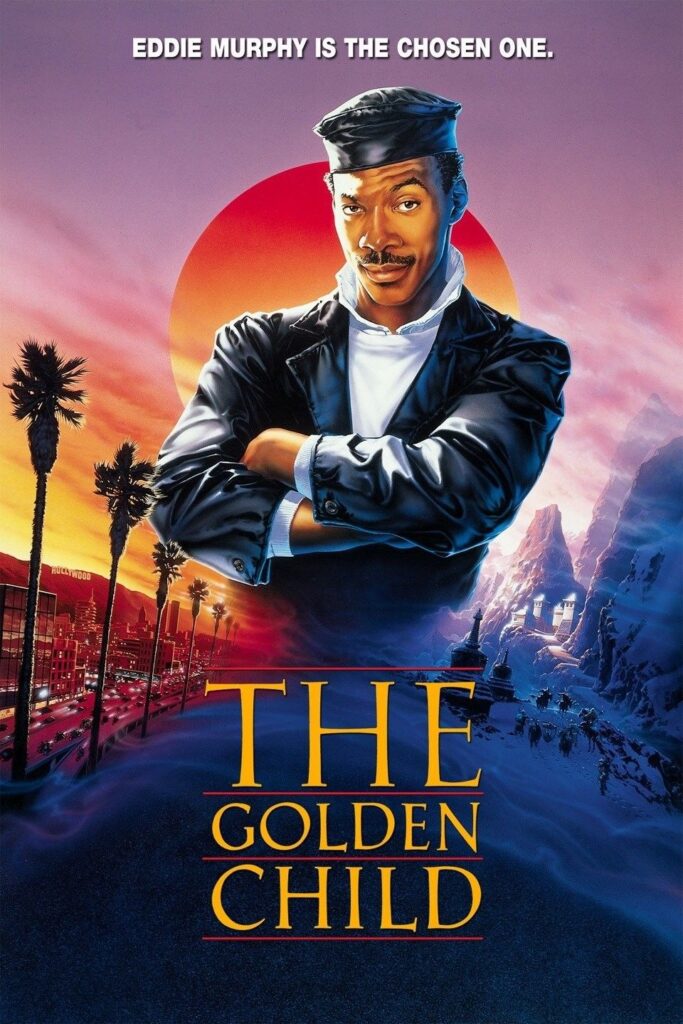 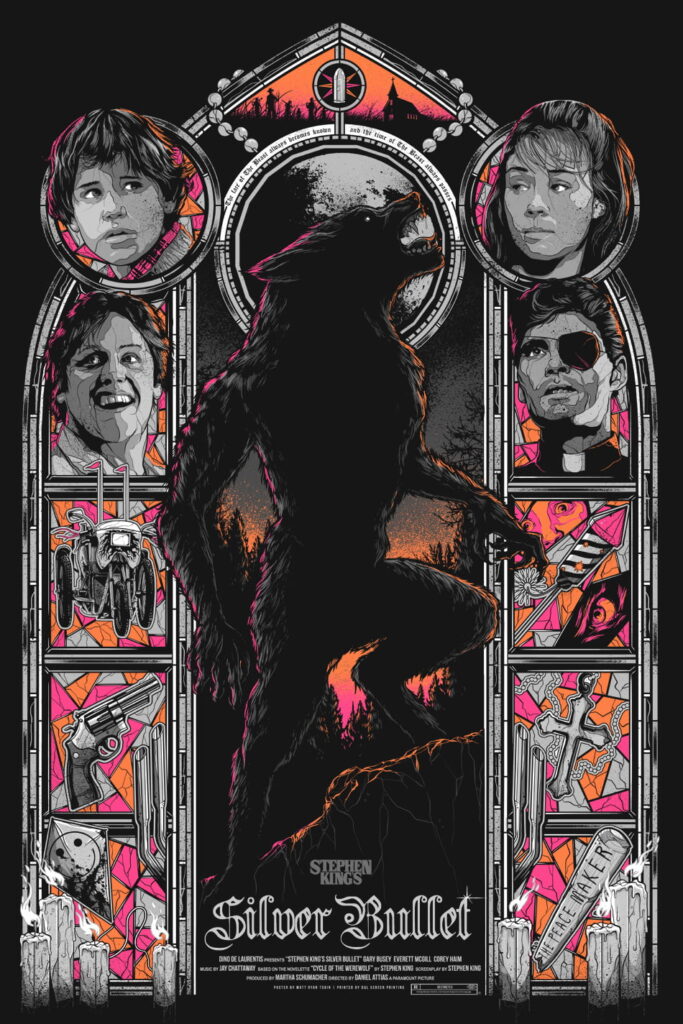 Based on Cycle of the Werewolf by horror mistro Stephen King, this movie is well made and very enjoyable.

Another 80’s classic and pure urban fantasy, with a great turn by Jack Nicholson as the devil.

Lair Of The White Worm

Underrated classic by Ken Russell based on the story by Bram Stoker, with a ravishing turn by Amanda Donohoe.

Based on the book by Stephen King, this movie comes across like a horror thriller, but it has urban fantasy written all over it as well. Plus, Christopher Walken! A body horror classic from David Cronenberg, but has a very dark UF feel to it. 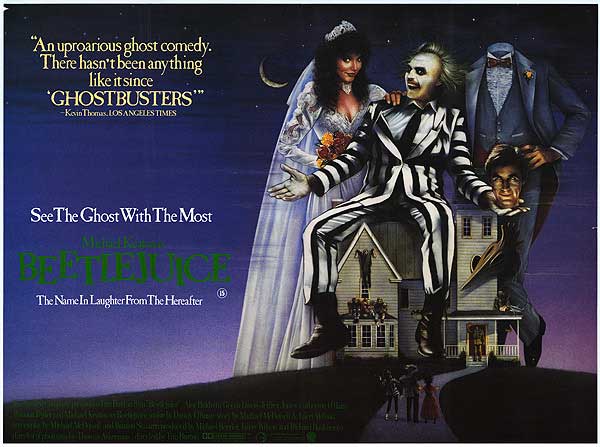 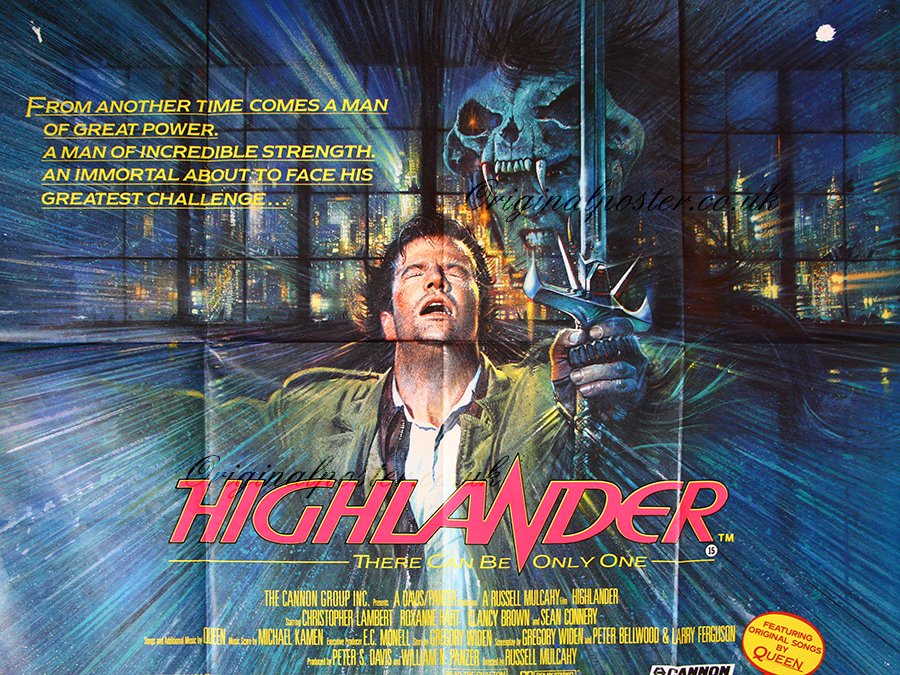 Urban Fantasy Movies Of The 1990’s

The 90’s saw the arrival of urban fantasy as a force to be reckoned with, both in literature and film, and this is none more true than in our first pick of the decade…

The movie was released to little fan fare at the time, considered to be not much more than a quirky comedy-fantasy movie. I enjoyed it, however, and so did a lot of other people. Thankfully a TV series was spawned from it, a show which went on to pave the way for a whole slew of UF shows that came after.

A Clive Barker movie based on his book, Cabal, and directed by Cronenberg, who also plays the psychotic psychologist. The movie introduces us to the world of Midian, which is populated by Fae-type creatures. I’m just sorry they never turned this into a franchise like Hellraiser, for it’s probably more deserving of it. 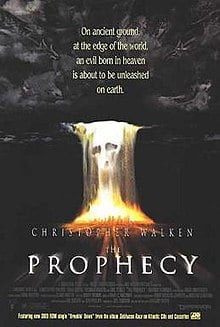 This is an excellent fantasy thriller starring Christopher Walken as the angel Gabriel. It spawned four sequels, all of them very watchable.

A dark fantasy classic loved by many and famous for being Brandon Lee’s last ever movie. Sequels were spawned, none of them very good. The original, however, is a UF classic. 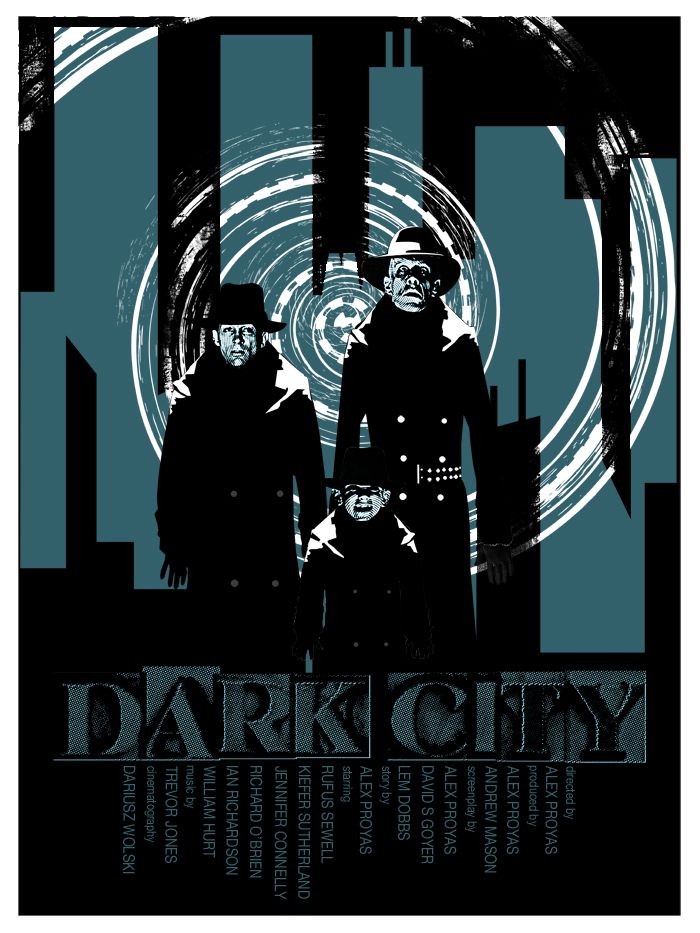 A very dark movie, visually and also in terms of content. Has a really dark atmosphere that has influenced many urban fantasy movies and books since.

A criminally overlooked and underrated movie starring Liam Neeson as a vengeful scientist with special powers. Very UF in tone.

The classic with Wesley Snipes as the vampire…vampire hunter. Sequels are pretty decent as well. Coincidentally Snipes has just published his own urban fantasy novel.

Based on the comic, this dark classic has much in common with urban fantasy. Famous at the time for its groundbreaking special effects.

Featuring Clive Barker’s occult detective, this is a must see urban fantasy classic. 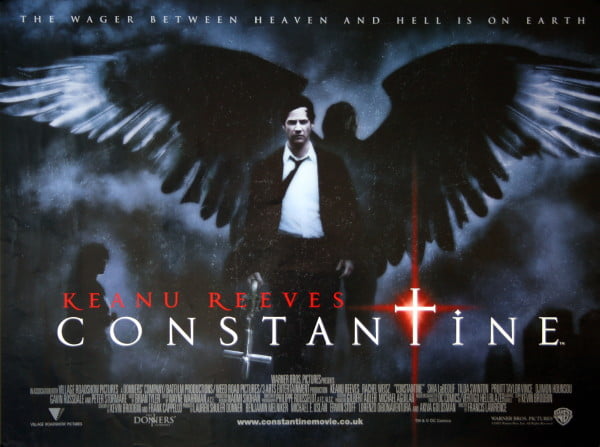 Probably not as good as the recent TV adaptation, but still a great movie I think. 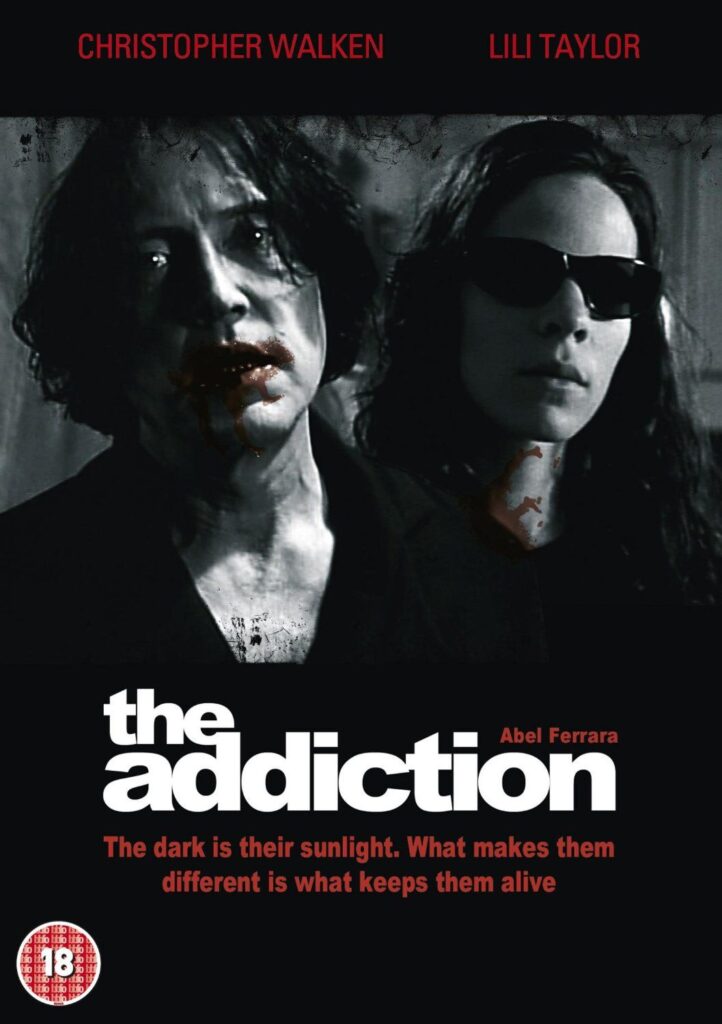 Another Christopher Walken movie, this one an off-beat take on the vampire genre directed by Bad Lieutenant director Abel Ferrara.

From Dusk Till Dawn 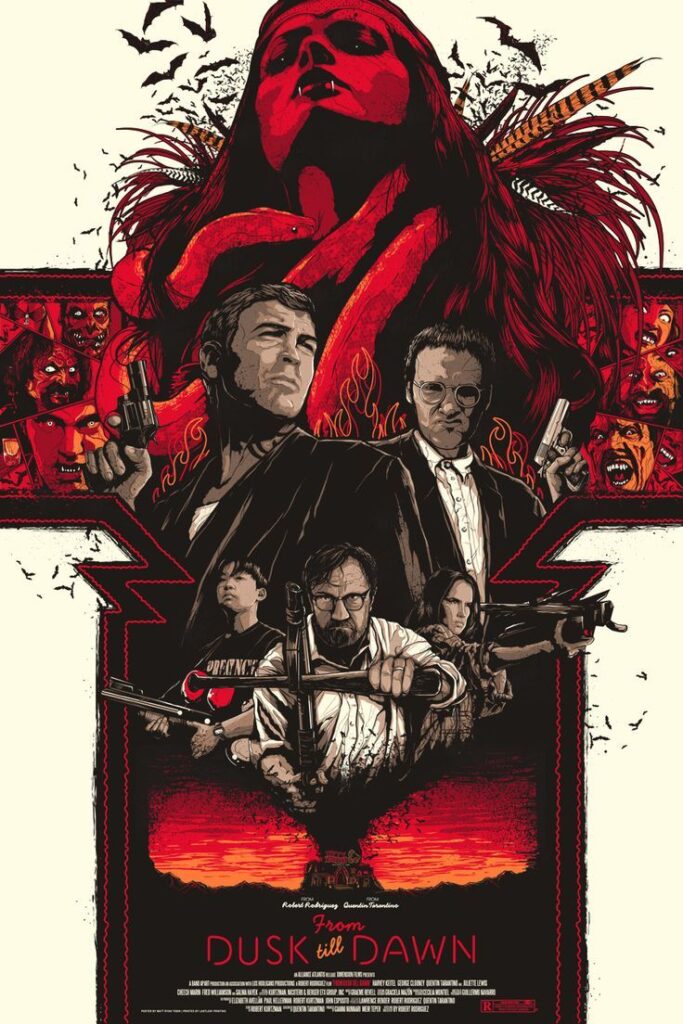 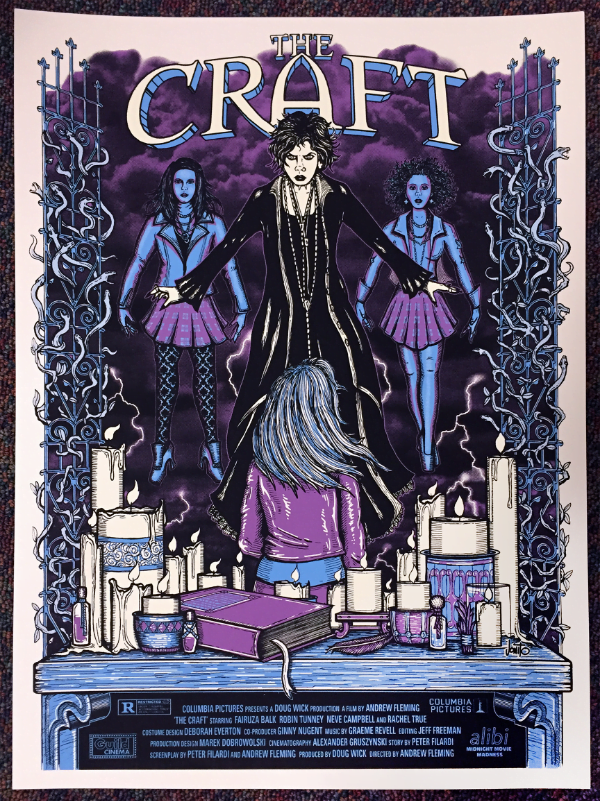 A coven of witches cause havoc which results in murder in this teen urban fantasy classic. 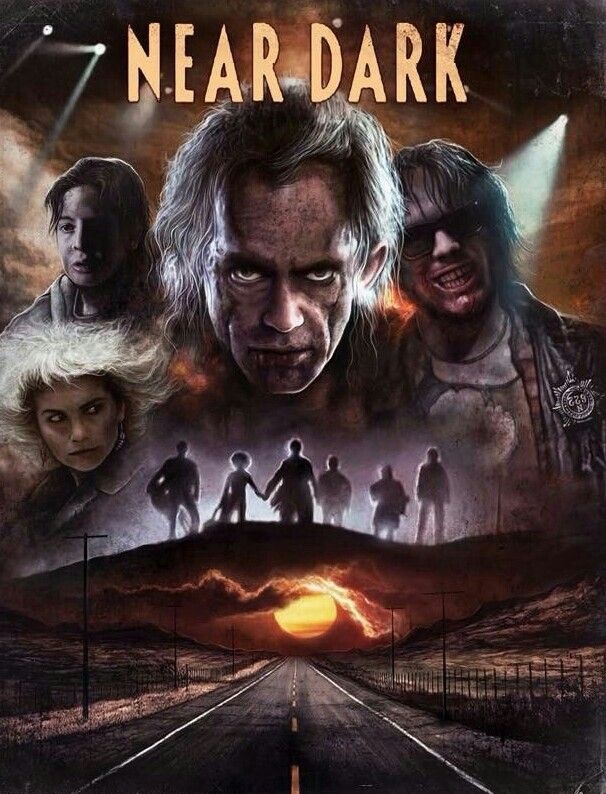 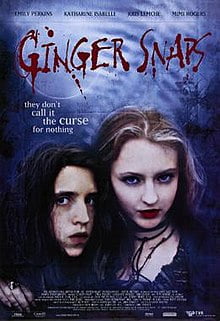 One of my favorite ever werewolf movies, this is pure urban fantasy with an original twist on the genre. Sequels are excellent as well.

An alternative take on the Dracula mythos, produced by David Lynch. Billed as a horror movie, this is probably more urban fantasy than horror. Either way, it’s pretty good.

Urban Fantasy Movies Of The 2000’s

This decade saw a slowing down of urban fantasy releases, but there was still a few of note. 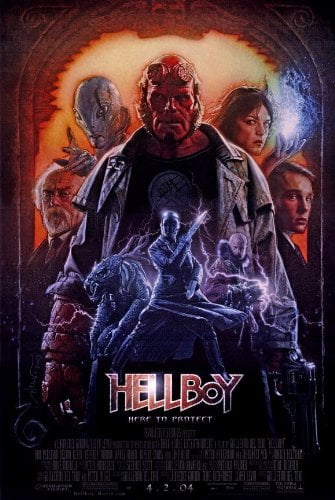 Based on the comic, Hellboy is brilliantly played by Ron Perlman. Excellent urban fantasy adventure. Really looking forward to the new movie coming out soon.

Brotherhood Of The Wolf

A rarely mentioned film, but excellent nonetheless. This movie has everything: action, suspense, magic, monsters and a touch of romance. Brilliant. 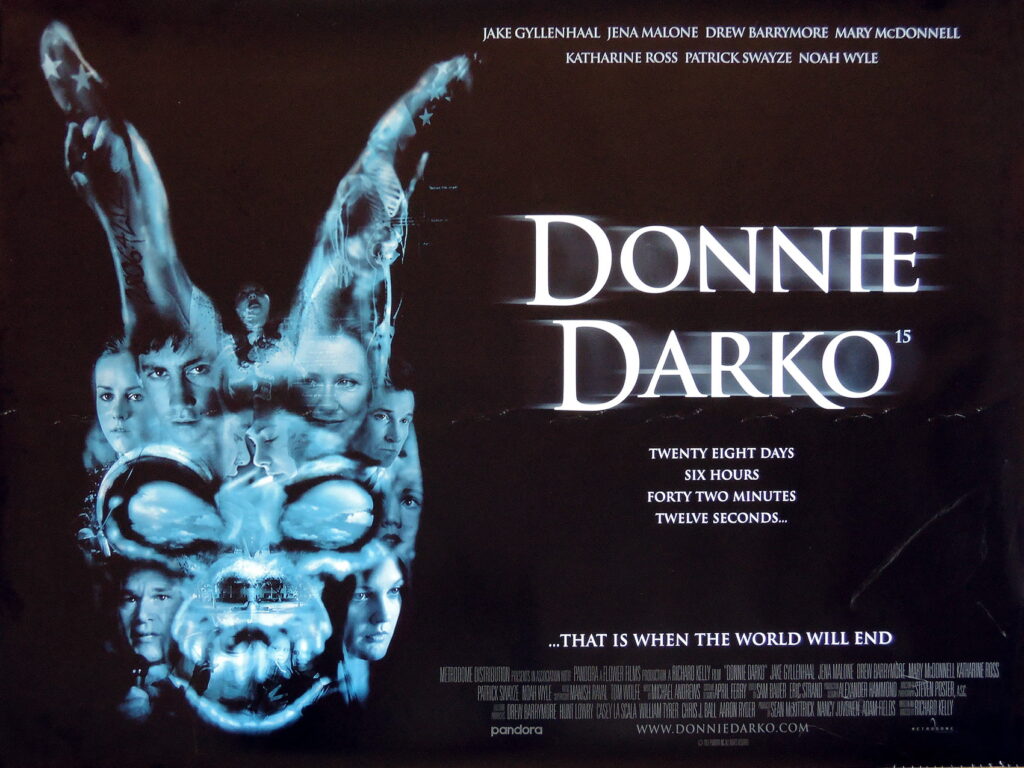 Critically acclaimed and considered something of an offbeat masterpiece at the time, this is a dark and weird slice of urban fantasy that although excellent, doesn’t hold up to repeat viewings.

Another much-loved film by urban fantasy fans, and also hated by many as well. It’s well made, entertaining and hits every urban fantasy trope there is. What more do you want?

Not my favorite movies but good efforts nonetheless, and pure urban fantasy.

Urban Fantasy Movies Of The 2010’s

And now we arrive at the current decade. Let’s see what’s about UF-wise, shall we?

Love it or hate it (and most seem to hate it), this movie is pure urban fantasy and enjoyable to boot. Now when are they going to turn it into a TV series?

Not strictly an urban fantasy movie as there’s no real magic in it, but it certainly has that dark UF feel to it, so it’s going on the list. 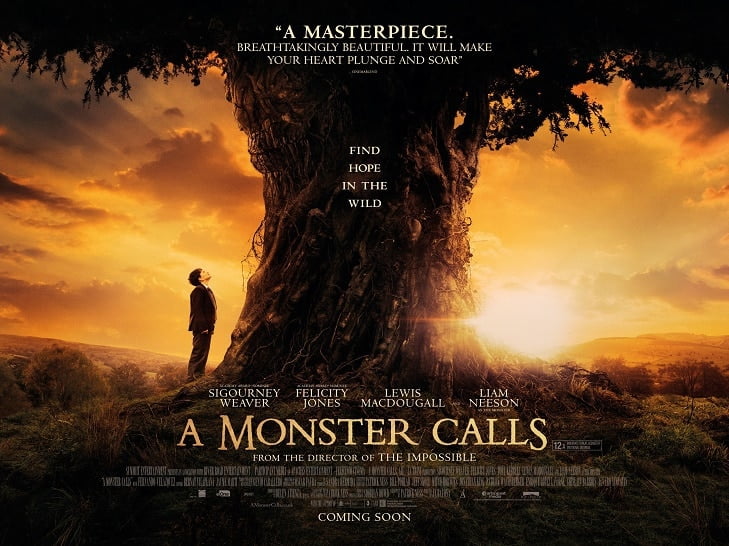 Different and deeply emotional take on the urban fantasy genre. Had me in bits by the end.

Phew, that was a long list! I have no doubt that I’ve missed a lot of movies here, so if you can think of any urban fantasy movies other than the ones mentioned here, let me know in the comments.