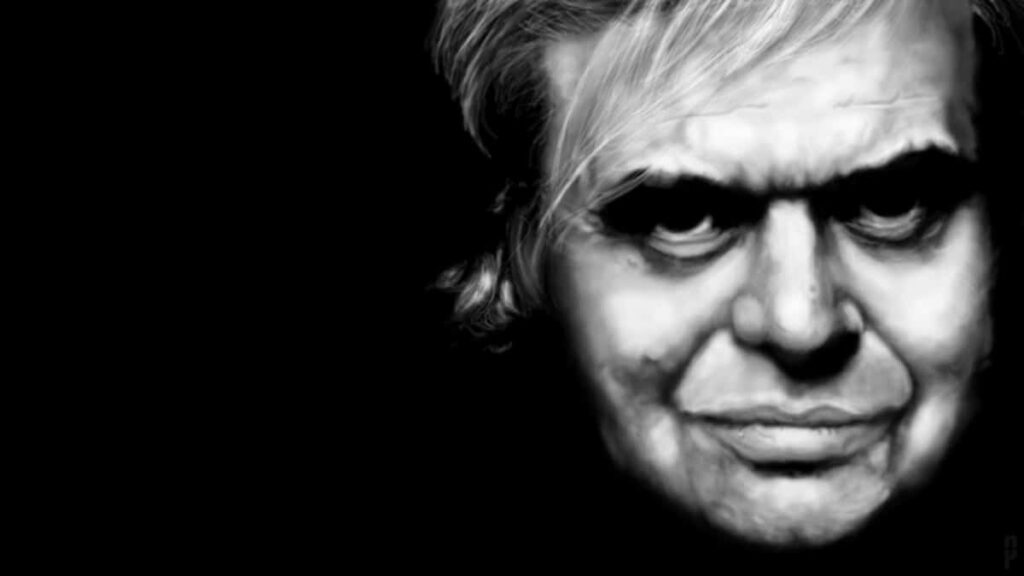 H.R. Giger’s work has always fascinated me-as it has many people-right from when I first saw Alien at a young age (I think I was seven when I saw the movie for the first time). There is just something amazingly unique about Giger’s work that makes it incredibly striking to look at.

Looking at Giger’s work, I always get the impression that I am looking through a window into a completely different world. A very dark and sometimes disturbing world at that.

Giger himself has admitted that most of the bizarre and frightening creatures he has depicted in his art came from his own dreams and nightmares. He makes art out of his greatest fears, which is why I think his images strike such a deep, almost primal chord in a lot of people.

H.R.Giger’s images are a total reflection of the subconscious itself. His work provides a rare glimpse into the dark heart of the subconscious mind, a place that most people never go to, or even see. Giger lives there permanently. He has made a home for himself in the farthest reaches of his subconscious. In that sense, his work is almost reportage as he reports back on what he sees and feels there.

I will talk more Giger as an artist when I write my review of Dark Star, the documentary made about the man just before he died in May of this year.

For this post, I just want to celebrate the man’s work, and to posthumously thank him for providing the dark voyagers among us with such beautiful and amazing inspiration.

So here are some of Giger’s most striking works of art for your predilection. Enjoy!